Well, Obama has announced just about all of his Cabinet Nominees.

For the most part, they are all savvy [gescheit] and respected leaders who are welcome to change the administrative bureaucracy that George W. Bush is leaving us with! 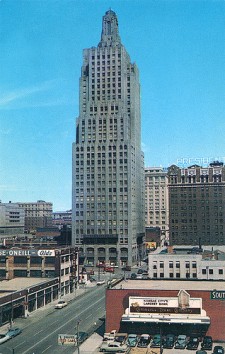 He is keeping Mr. Gates in defence, which is excellent to give some continuity to the Iraq and Afganistan problems.

Senator Clinton is a good choice for Secretary of State, but everyone is holding our breath to see just how she and Obama get along.

The new finance team that will take over the Securities and Exchange Commission (SEC) are all very savvy people who are in favor of increasing controls and MONITORING of the Banks and, especially, Wall Street stocks and investments, to get rid of the Wild Wild West form of “anything goes” “free” enterprise!

I think that the US has lost its luster [Glanz] as the big financial leader, when there has been little oversight [Aufsicht] or regulation to prevent what has happened over the past year or longer!

G. W. Bush put people in the financial leadership and control areas of governnment who got rid of many tried and true rules [bewährte und richtige Regeln] and even laws that prevented using stocks and bonds from being “gambling” tools for the wealthy.

It is clear, that one of the prime functions of a strong central government, is to provide STRONG oversight and regulation to prevent greed [Gier] infecting those who control our investment.

Incidentally, the elected delegates of the Electorial College met Monday, in their respective State Capitals, and officially cast their votes [offizielle Stimmabgabe] for President.

They voted as they were instructed to by the voter, but legally they can vote for anyone they want and are not “legally bound” to vote for the candidate who recieved the most votes in their district.  I cannot recall ever hearing about a delegate that did not vote for the majority candidate, but it is possible, and is just another wonder fascit [Facette] of our 232 year old democratic experiment!

As epected, Mr Obama won the majority of the 538 votes is the declaired nominee for the Presidency.  Next, the newly elected Congress will meet in early January, will recieve the Electorial College Vote and Nomination of Mr Obama for President, early in January, and then they will vote to confirm the popular vote reflected by the Electorial College, that Senator Obama has the election and is entitled tol be sworn in on January 20, 2009, as our 44th President.  So you see, he is not even Officially the President Elect until the Electorial College has acted, and then the Congress ratifies the vote in January.  Then he finally will be sworn in as President.

I had the opportunity to attend a special program called the “Post the Election Conference 2008“, sponsered by the Dole Center for Politics at Kansas University.  It was a two day seminar that brought together the candidates’ managers of the major Republican and Democratic Candidates for President.  They faced off against [sahen sich gegenüber von…] a panel of some of the top news and internet blog political reporters in the US.

The panelists [Diskussionsteilnehmer] included Mo Elleithee, Hillary Clintons Senior Spokesman; Christian Ferry, deputy campaign manager and Sarah Simmons, director of strategy for McCain-Palin; Steve Hildebrand, deputy campaing manager  and Matt Rodriguez, west regional director, for Obama; Bill Lacy, campaign manager for Fred Thompson; Beth Myers, campaign manager for Romney, and Adam Nagourney, chief political correspondent for the New York Times, Kelly O’Donnell, Capital Hill corrrespondent for NBC News, Nate Silver, creator of the FiveThirtyEight.com web site (that gave almost immediate results of ALL the major national survey polls each day); and repesentatives of the National Republican and National Democtatic Parties.  It was run by two moderators from the political science and history departments at Kansas University.  The sessions were divided into Republican Primary, Democratic Primary, General Election first half, and General Election Final.  Needless to say the discussion was both entertaining and educational.  There were only a few brief moments where there was a slight show of temper, but most of the time it seemed the opposing sides were learning what their opponents did better and how they could improve their tactics next time.  The seminars were almost a post graduate learning session on how to succeed in a national campaign and, most revealing, how to raise the most money to run the campaign.

The managers seemed to be good friends at the end of the sessions, and the reporters mostly reflected on how they either miss guessed what the candidates were thinking, or how they were actually manipulating them to run news that the candidate wanted released.  It was held in a relatively small room, and I had plenty of time to quiz the reporters and managers during and after the session finished!  Great fun and I think I understand a bit more of how difficult the long campaign was to control.

Obama lead his campaign in all 50 states

Basically, it came down to the fact that the McCain campaign was not as well organized as Obama’s, and it halted and reorganized at least two times during the primaries (Thomas Loeffler, Randy Scheuneman, Terry Nelson, John Weaver), and once during the general election.  McCain fired his managers twice for not doing a good enough job organizing the primay campaign in key battle ground states, and for not raising enough cash to sustain it.

On the other hand, Obama’s managers decided on a course of action during the primaries to take the campaign to all 50 states, and to really concentrate on using the internet to push their message and to raise money.  They did not budge [abweichen] from that plan, even when the going got rough toward the end of the primay campaign when Hillary started winning a few large states at the end.  They also managed to set records for the amount of money raised for a campaign, and were thus able to actually have large staffs in all 50 states campaigning for Obama.

This is really unusual that a candidate would spend resorces in states that traditionally did not support his party and regualarly voted against his party.  Obama had large offices in all 50 states, including Kansas that is “traditionally” Republican, and has not voted for a democrate for president since the 1940s! McCain on the other hand, concentrated on only campainging in the 15 large states that had significant electorial college delegates.

Consequently, the result is that the “New” Democratic party will have a much larger and diverse base in the Country than the Republicans next election.

Well, there is more, but those are the high-lights as I see them for now.

(brought to you all the way from Kansas)