ABOARD USS ABRAHAM LINCOLN (CNN) — President Bush made a landing aboard the USS Abraham Lincoln Thursday [2003-05-01], arriving in the co-pilot’s seat of a Navy S-3B Viking after making two fly-bys of the carrier.

Moments after the landing, the president, wearing a green flight suit and holding a white helmet, got off the plane, saluted those on the flight deck and shook hands with them. Above him, the tower was adorned with a big sign that read, 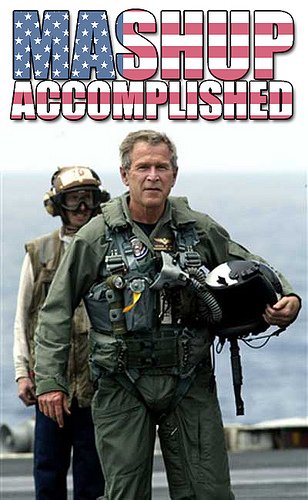